The Grace Congregation is a local Church in the Akropong District of the Presbyterian Church of Ghana. Akropong-Akuapem is the capital city of the Akuapem Traditional Area. It is located in the Akuapem mountainous terrain of the Eastern Region of Ghana and is about 30 miles from Accra, the capital city of Ghana. The weather is much acclaimed and has a spring-like weather throughout the year, especially, in the evenings. This was said to have been one of the attractions of the early white settlers.

The Church’s locality is a peri-urban community with a high unemployment rate. Those employed too are predominantly in the Civil Service. How the Church started has, as of today, remained a mystery and really beyond human comprehension.

The first Sunday forenoon service took place on the 24th March, 1996 in a school’s classroom with only thirty-three (33) local people, children inclusive. The liturgy was conducted by Mr. E. A. Abboah-Offei, with Mr. S. A. Asare delivering the sermon. The offertory realized on that fateful day was eleven thousand, one hundred and seventy cedis (¢11,170.00), equivalent to GH¢1.20p (One Ghana cedi, twenty pesewas).

The Church Choir was established on 14th May, 1996 with Mr. Augustus Asah-Awuku being the first Choir Master for the first group. This was followed closely by the establishment of the Y.P.G, Women’s and Men’s Fellowship, and the Bible Study & Prayer Group.

The population of the congregation experienced an increment of 733.3% a year after it took off. The offertory on the other hand also shot up to about 654.9%.

Mr. E. A. Sampson was appointed to take the portfolio of the Congregation’s Caretaker within that same period of time.

Two notable Ministers of the Gospel of Jesus Christ, Reverend Felix Asante and Raymond Baah Abeka have been very instrumental as far as the establishment of the Grace Congregation is concerned.

The population of the congregation experienced an increment of 733.3% a year after it took off. The offertory on the other hand also shot up to about 654.9%.

Further, the church opened its doors in the same year 2011 to Compassion International, an international NGO, when it became necessary for the organization to expand its activities to the Eastern Region of Ghana.

A proposed SWOT and PEEST (Micro-Analysis Audit) Analysis need to be  extensively carried out to ascertain the severity and exigency of drawbacks that could militate against the attainment of the targets set by the Grace Congregation Church within the specified time.

For each Strategic Thrust, the attempts to provide formidable solutions to such intriguing questions as, “Where are we now”, “Where we want to be”, and “How we will get there” were imminent and considered as priority.

The Grace congregation of the Presbyterian Church of Ghana (PCG) started in an interesting and intriguing manner. This interest has indeed played a pivotal role as far as the sustainability of the present day church is concerned.

The initial point of interest was in consonance with the Evangelism and Lay Training Committee’s (E.L.T.C) recommendation that Presbyterian churches should aim at opening more branches.

The Christ congregation therefore sanctioned the opening of a church at the premises of the Presbyterian Junior Secondary School (formerly Girls School), near the School for the Blind. Two notable presbyters from the Christ Congregation, who were also well versed in the deliverance and charismatic way of worship, were assigned the responsibility of establishing a preaching point, which grew to become the Grace Congregation.

This gave them the opportunity to freely introduce the charismatic and deliverance way of worship, which was not readily accepted at the Christ Congregation in Akropong – Akuapem. The new church introduced an innovation to the liturgy which was later embraced by the General Assembly of the Presbyterian Church of Ghana. Some of these extra activities included: testimony time, prayer festivals and sing-inspiration.

The third point of interest was the people who came to join the new church. This can be attributed to the story of David who had myriads of people around him with a lot of pertinent needs in the desert to form a mighty army. Candidly speaking, the people who came and stayed with the new church had one or more forms of affliction or the other. Some of them were delivered from demonic bondages, healed of numerous sicknesses and this invariably created and eventually culminated into a sense or aura of loyalty with the church. A few of these saints have stayed on to date.

The historical era in which the church was established played an instrumental role in ensuring that the church perceived the light of the day and lived up to its billing of success. Interestingly, it coincided with the period when the Presbyterian Church was plagued with high thresholds of problems. Quite a sizeable number of the saints in the lord’s vineyard left the church to fraternize with new and budding charismatic ones. Again, the church was confronted with limitless number of moral issues. Strictly speaking, one of the themes for the year within that era was based on the scripture 2 Corinthians 4:8, “Pressed on Every Side, yet not crushed”.

The first Sunday forenoon service was held on 24th March, 1996 in one of the school’s classroom. The liturgy was conducted by Mr. E.A. Abboah-Offei while Mr. S.A. Asare delivered the sermon that prepared the little congregation for the exciting days ahead. The first service recorded an attendance of thirty-three people, including children, while the offertory realized that fateful day also amounted to c11,170.00 (Eleven thousand, one hundred and seventy cedis Equivalent to One Ghana Cedi Twelve Ghana pesewas).

The presence of the Okuapemman NUPS-G choir cannot be over-emphasized as it also helped immensely throughout the programme. This yielded dividend as far as the connection between the youth members and the students’ fraternity is concerned.

The enthusiasm that greeted the formation of this new congregation was so glaring and beyond human comprehension and this ultimately propelled the church to an enviable pedestal vis-à-vis its subsequent growth.  Basically, the chunk of the congregants was made up of:

The congregation grew each and every passing day whiles new members continued to patronize the wave that was being experienced within the Grace Congregation outfit.

Appointment of Church agents and the elevation to a congregational status

In February 1999, the District Minister, Rev. E.F. Addo, in consultation with the Presbytery Chairperson, Rev. Ayeh-Hanson, appointed Rev. Felix Asante, Chaplain of Okuapemman School, as the Minister-In- Charge of the Congregation. It benefitted a lot from his timely arrival. In June 1999, Rev. Felix Asante, in consultation with the District Minister, appointed Mr. E.A. Sampson, a member of the Management Committee, as the Caretaker of the Congregation.

Upon the attainment of a full congregational status, the afore-mentioned committee, in consultation with Rev. Felix Asante, the Minister-In-Charge, and Mr. E. A. Sampson, the caretaker, was inaugurated into office as the first session of the congregation.

The two notable ministers who have in diverse ways served the congregation tirelessly since its establishment are Reverend Felix Asante and Raymond Baah Abekah. Reverend Felix Asante served the congregation between February 5, 1999 and September 14, 2004 (a period of five and a half years). It was after these transformations within the Grace Congregation that Reverend .R. Baah Abekah took over on Sunday, September 19, 2004 and has been at post ever since.

In consonance with the PCG directives, the Evangelism Committee of the District was tasked to open two more preaching points in Akropong in 2011.These were Amanfo and Ananse Nkwanta Preaching Points. At the 2012 District Session, Christ Congregation and Grace Congregation were assigned the responsibilities of Amanfo and Ananse Nkwanta respectively.

The following members from the Grace Congregation were appointed as the IMC and have been in charge to date.

Grace congregation has nurtured the Ananse Nkwanta Preaching point and has grown the membership from three (3) adults to thirty (30) and Thirty-Five (35) children from the initial Twenty-Nine (29) within two years.

In 2011, when Compassion International, a Christian child advocacy ministry that releases children from spiritual, economic, social and physical poverty and enables them to become responsible, fulfilled Christian adults wanted to extend its activities to the Eastern region, it first made contact with the Grace Church at Akropong – Akuapem, in view of the number of the schools on the Akuapem ridge.

Under a partnership pact, the Church was to provide an office and office equipment, classrooms for selected destitute children from Akropong and a kitchen to cook meals for the children while they attended classes on Saturdays. The Board of Directors, staff, teachers and kitchen staff were to be appointed from the Church.

After a year of operations, both Anansenkwanta Preaching Point and the Child Development Centre have shown bright signs of development for the future.

The Grace Congregation of the Presbyterian Church of Ghana, since its inception in 1996, has been one of the very innovative, proactive, daring and vision-driven churches. To maintain the already niche that it has created for itself and also gain extra impetus as one of the few churches that was endowed with grace, it always tries to strive and continue to grow in this direction.

Grace Congregation’s uniqueness stems from the fact that, in reality, it is not just a Presbyterian Church but rather, a Grace Family. It is this same church that runs an analogous but complementary structure within its administrative set-up.

The first arm of the church is made up of the Grace Presbyterian Congregation led by the Church Session, Catechist and Ordained Ministers of the Gospel of Jesus Christ.

The other arm of the church which is worth noting is the Grace Fellowship comprising of  people from all walks of life scattered across the rank and file of the world who congregate at the Restoration Hour program on Wednesdays and Saturdays. These congregate to share, fellowship and also pray with the saints in the Lord’s vineyard.

The last, but not the least, member of the Grace Family who deserves most of the accolades and cannot be underestimated is Grace - in - Diaspora. These are people resident abroad who take up temporarily membership of the church whenever they are in Ghana for vacations/visits. This constituency was so significant to the family such that at a point in time, a session member was designed to see to their well-being 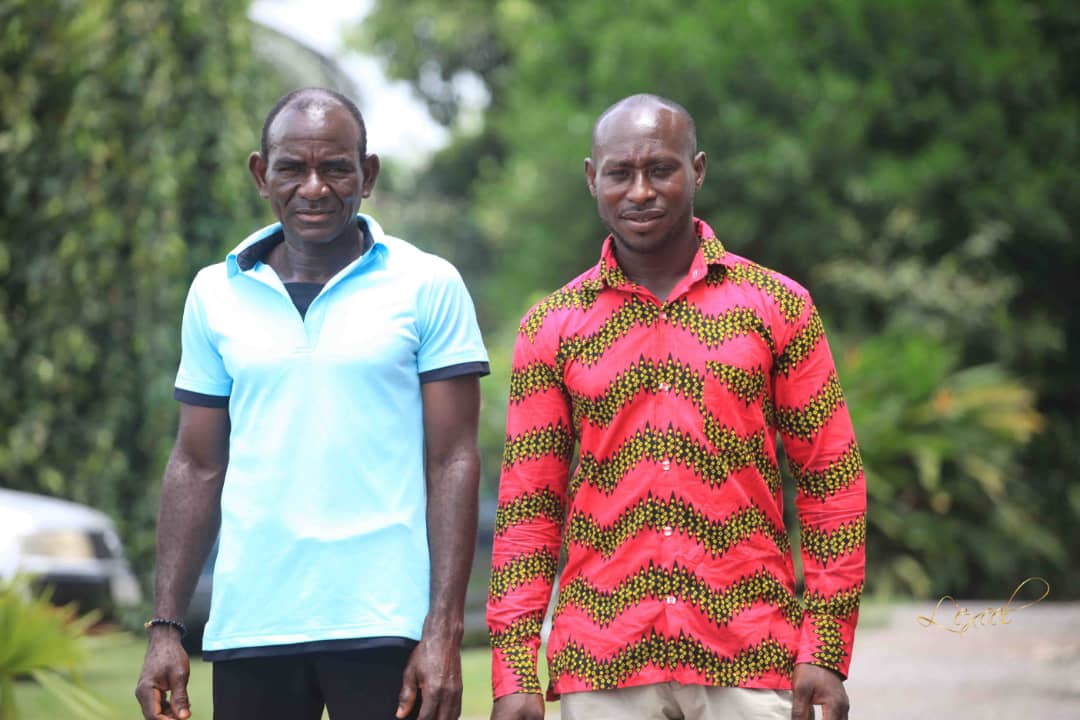 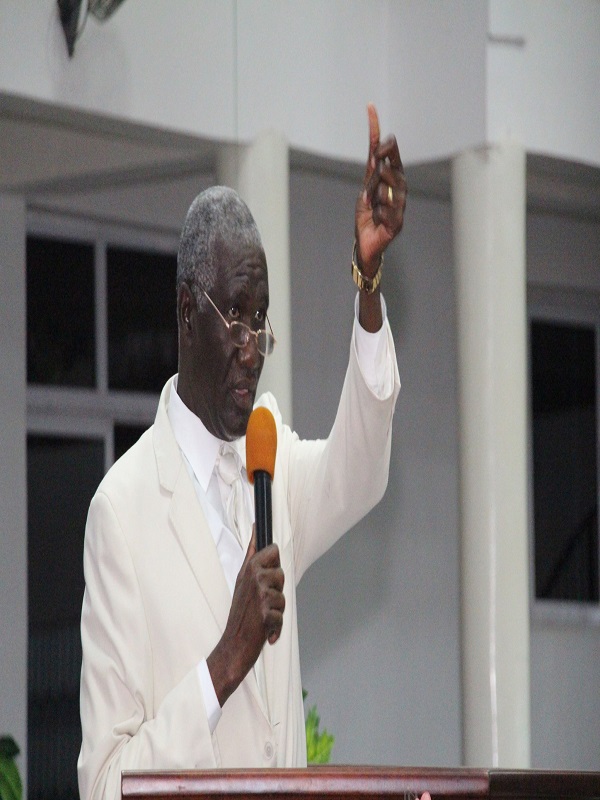 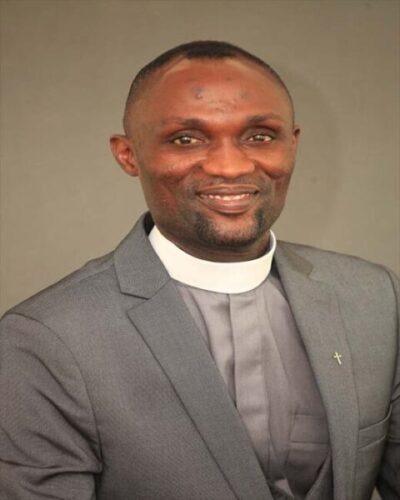 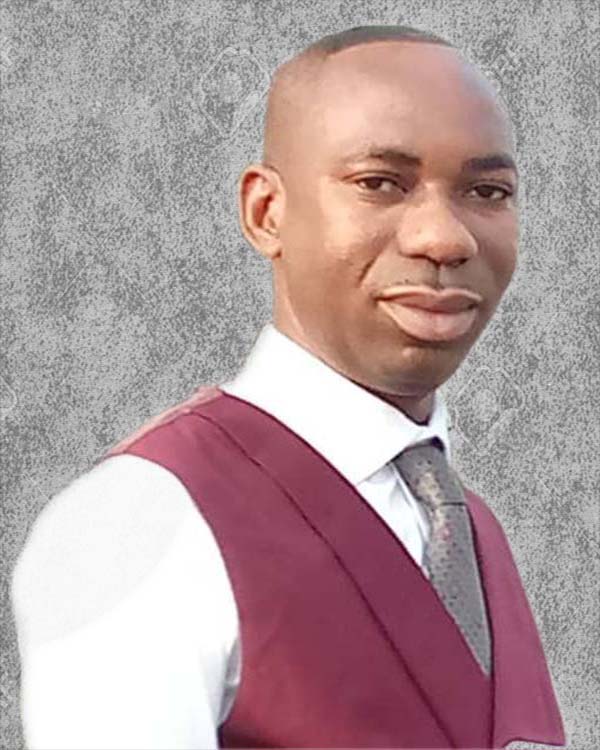 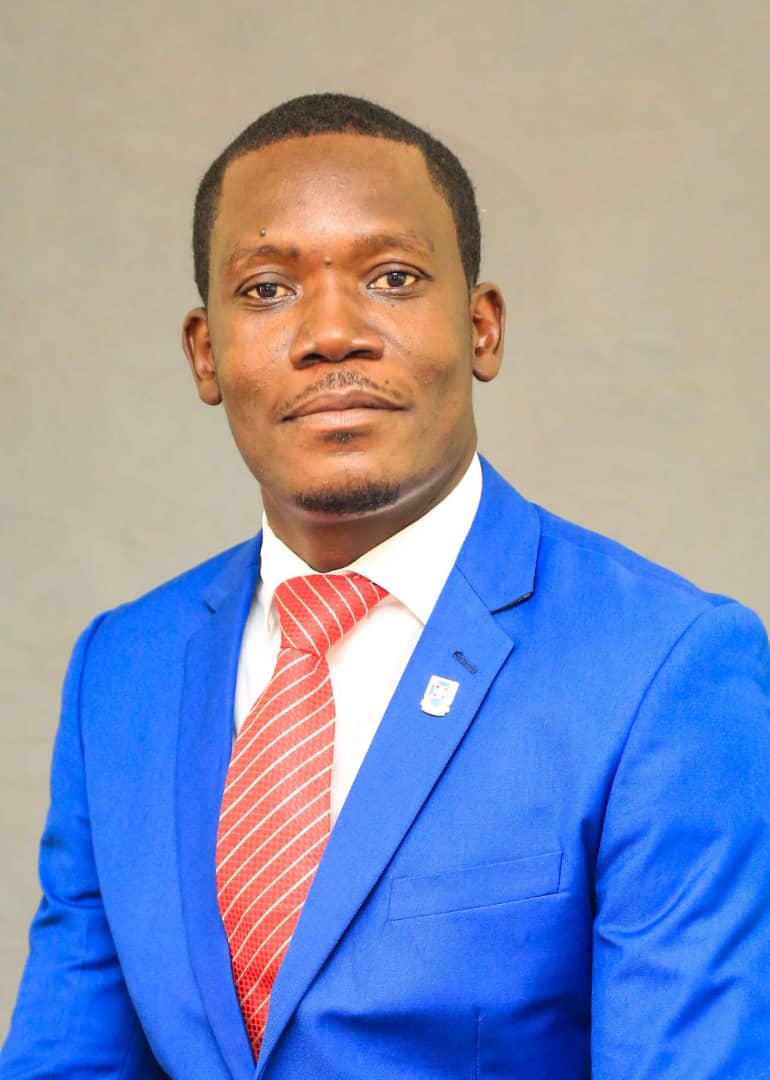 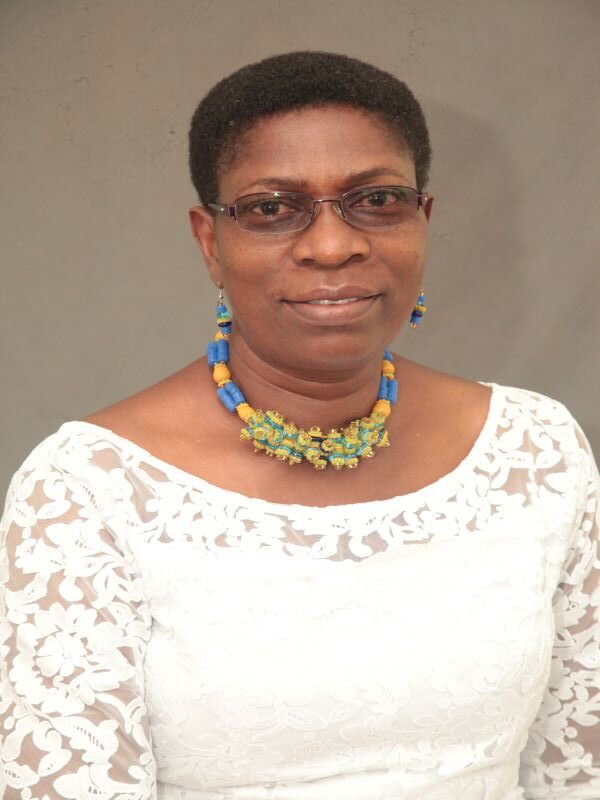 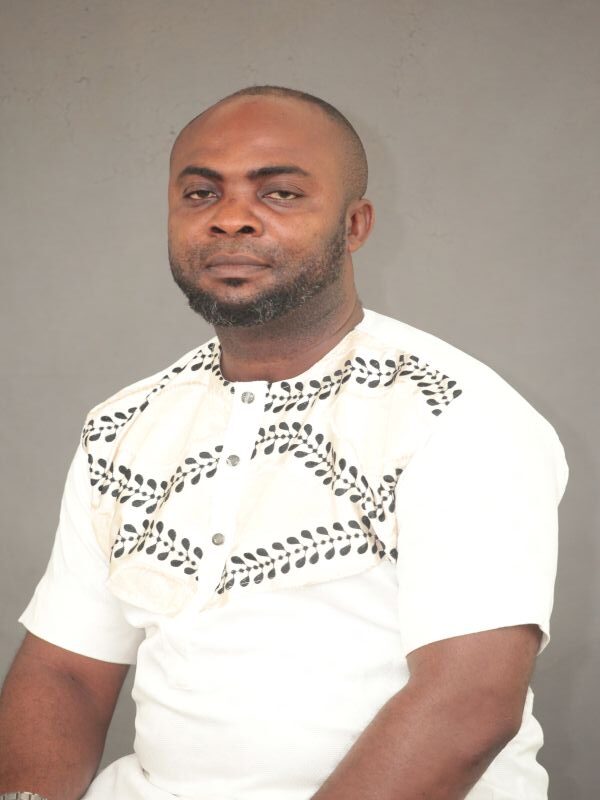 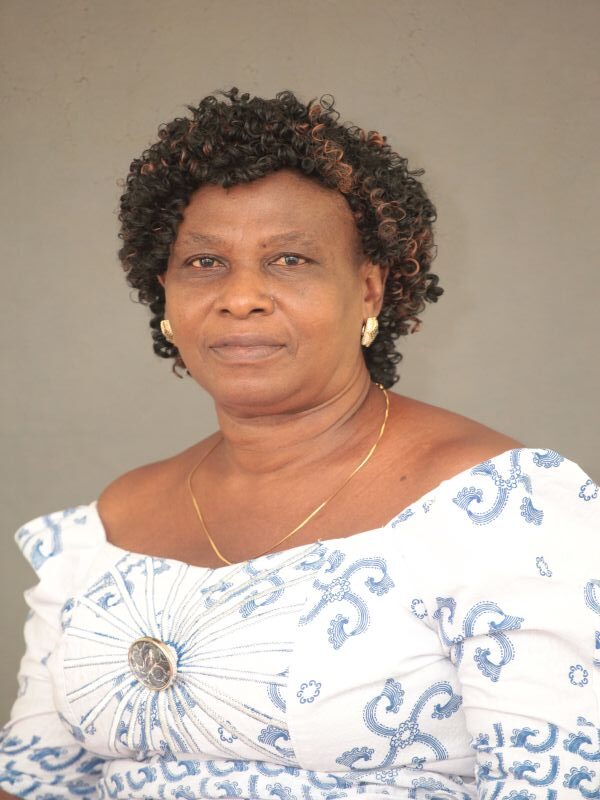 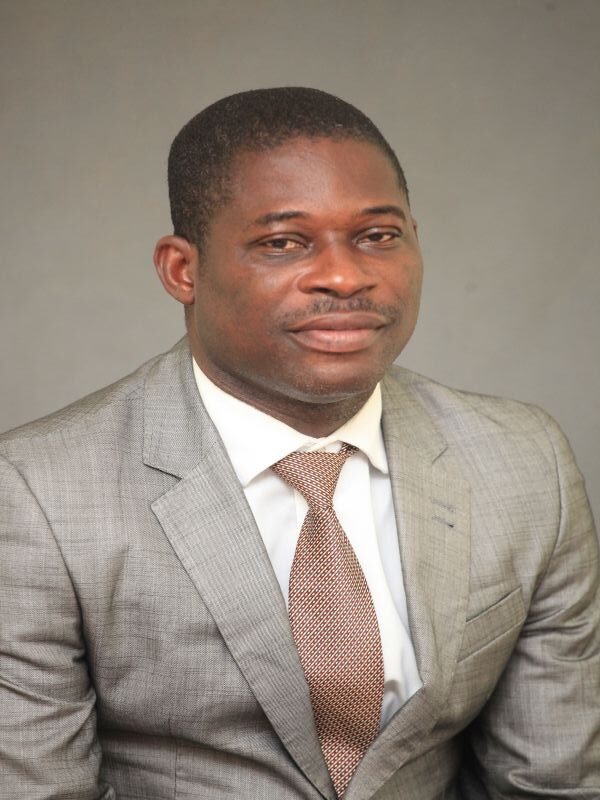